IULM goes black. The XXXII edition of the Noir in Festival is coming soon. Check out the program!

Kicking off the XXXII edition of the Noir in Festival, which this year will take place in Milan from December 3 to 8 between the now traditional headquarters of IULM University, the Cinema Arlecchino of the Cineteca di Milano and the Rizzoli Galleria Bookstore.

The Noir in Festival 2022 is characterized by a new twist in the characteristic of the selection: in tune with the changing world and the urgencies of a time when violence and clashes of civilizations fill the scene, even the authors chosen feel the pressures of current events. Thus opening the international competition is Alessio Cremonini's new film, Profeti, which follows, with an unexpected twist, the dramatic imprisonment of an Italian journalist in ISIS military camps. The other film on the first day is Camille Griffin's Silent Night, starring Keira Knightley and Lily-Rose Depp.

Among the 13 films in the official selection (all Italian premieres) are numerous titles destined to spark debate: from Mani Haghighi's Iranian Subtraction, which captures the condition of women in Iran today, to Alexander Zhovna's Sashenka, a Hitchcockian Ukrainian thriller about deviance and madness that takes on a different meaning when placed in the conflict that is digging unbridgeable barriers between two peoples. Then there is Steven Soderbergh's new work, Kimi, starring Zoë Kravitz, coming soon to Sky and NOW, Mark Jenkin's Enys Men from Engalnd, Lee Jung-jae's Hunt coming from South Korea (directorial debut for the beloved anti-hero of the Squid Game series) and Patricia Mazuy's French movie Bowling Saturne, an energetic denunciation of feminicide in the form of a thriller. It continues with one of the most eagerly awaited premieres of the year, My Name is Alfred Hitchcock, the new work by that genius of cinephilia that is Mark Cousins (The Story of Film: An Odyssey, March on Rome), the Canadian Viking by Stéphane Lafleur (a paradoxical satire on the theme of true and false, the year's authentic revelation after the Toronto festival), La niña de la comunion by Víctor Garcia (fresh from its triumph at the Sitges festival). Finally, a small gem of cinephilia dedicated to the genre with Ragtime by Giuseppe Bocassini, which deserved a passionate audience after its Venetian appearance. Closing Noir in Festival 2022 will instead be the year's finest noir mélo, Park Chan-wook's Decision To Leave, winner of the Palme d'Or for Best Director at the last Cannes Film Festival.

The guest of honor for the year is undoubtedly Harlan Coben, the winner of the Raymond Chandler Award 2022, now recognized as a master not only of the noir novel but also of TV series inspired by his books. Along with him are many successful writers expected in the Milan days: from Donato Carrisi (now in bookstores with La casa delle luci for Longanesi), who will be dialoguing precisely with Coben on the latest novel published by Longanesi The Stranger, to Maurizio De Giovanni (author of the brand new Caminito that marks the return of Commissario Ricciardi, published by Einaudi), from the celebrated Spanish TV journalist Vicente Vallés, who crafts a gripping spy novel about the history of relations between Russia and the West in Operazione Kazan (Salani) and recounts it in dialogue with Aldo Giannuli, to Maria Oruña, who pays explicit homage to the classic "closed room" detective stories in a modern and original novel like Quel che la mare nasconde (Ponte alle Grazie). We will then celebrate the return of Gino Vignali (I milanesi si innamorano il sabato, Solferino Editore), the debut in noir novels of a talented young director Cinzia Bomoll with La ragazza che non c'era (Ponte alle Grazie) and of journalist Paolo Maggioni with La calda estate del commissario Casablanca (SEM), in dialogue with Luca Crovi and his new ll mistero della torre del parco e altre storie (SEM) .

IULM will be a protagonist of the Festival, in addition to the meeting with Harlan Coben - to be held in the Sala dei 146 onMonday, Dec. 5, at 12:15 p.m., and the finalist films of the Caligari Prize - also with the debut of the new Game inFest section, created with QAcademy and dedicated to the theory and practice of genre gaming between cinema and interactivity.

"Perhaps the time of Marlowe and Spade is gone forever," write Marina Fabbri and Giorgio Gosetti, "and perhaps even James Bond must surrender to age and technology. But they may not come back, as is often the case with fantasy heroes who can illuminate the future. That's why we have the duty and privilege of sounding out each year the mutation of creativity, the insights of new talent, the transformations of a happily hybrid and mutant genre. This edition of Noir resembles the best of our past - it is no coincidence that we went back to 1992 for the image of the year - but it is shot through with a dynamism and unprecedented suggestions that confirm how noir is still now the infallible thermometer of our time."

12 video games to experience firsthand on consoles, in The Bridge space at IULM 6 from Dec. 4-6

Download the program of Noir in Festival 2022 at IULM 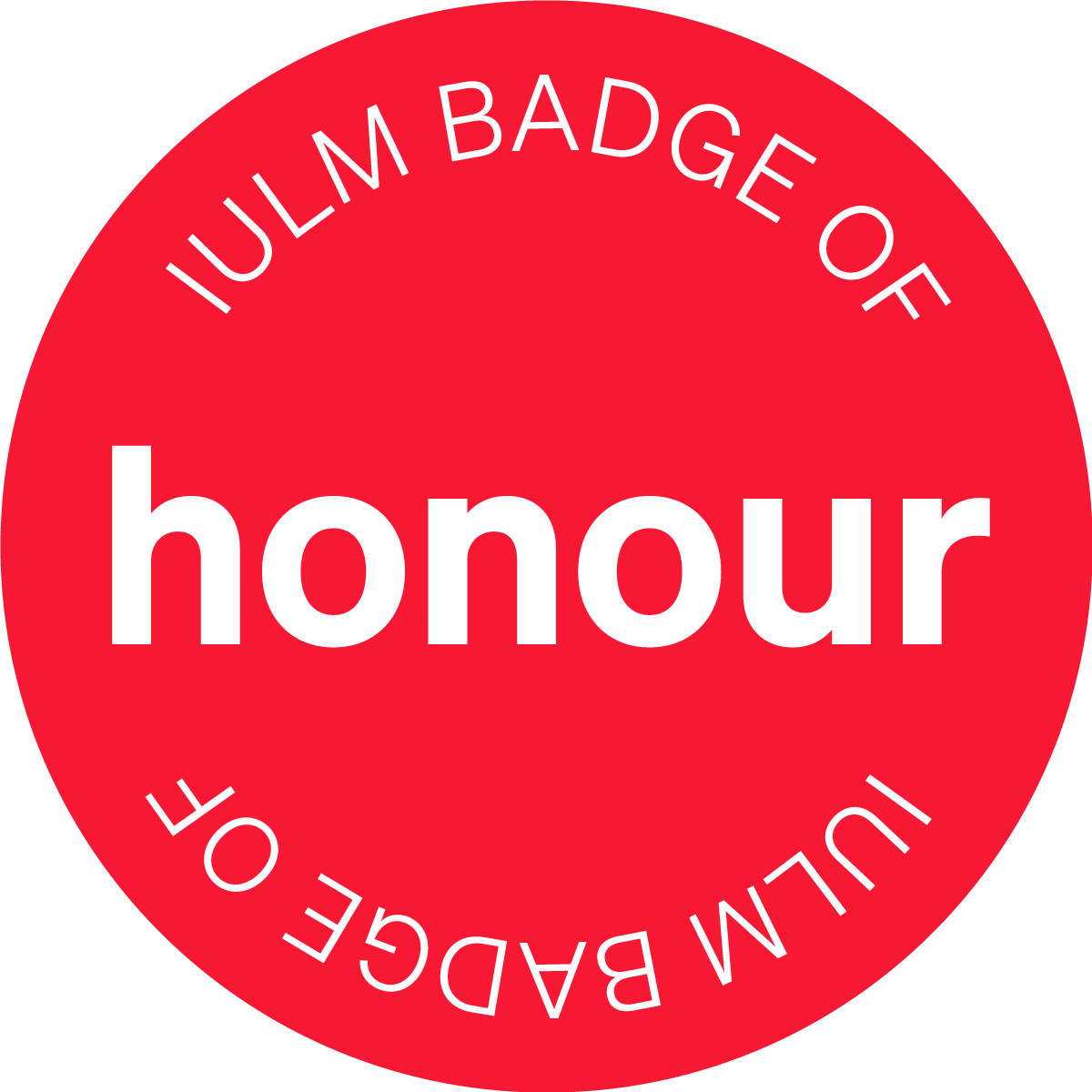 Noir in Festival is part of the Badge of Honor initiative

To earn the Badge of Honour, it is necessary to attend at least 5 Festival meetings.

Noir in Festival 2022: unveiled the 6 titles competing for the Caligari Prize. Join the jury! Find out...

On Wednesday, November 16, the Honorary Diploma of the Master's Degree in Music Publishing and Product...

Michele Placido guest in IULM on November 2 to present his latest film as a director "L'ombra di Carav...

Movi(E)NG in Italy: a IULM film club for international students

On November 3 the second of three Italian films subtitled in English for the IULM film club for intern...

Sognielettrici/Electric dreams: the festival of fantasy and science fiction imagery

The short movie Always Now, produced by IULM Movie Lab in collaboration with Hamilton and realised by ...