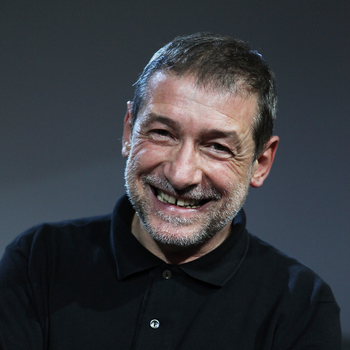 He began his career in 1996 when he was contacted by Claudio Baglioni for the creation of the video clip Bolero. It is the birth of an association that will see Forzano first directing the video clips and then, the television direction of his concerts.

In 1996 he made his debut on television as a filmmaker in the daily program Verissimo on Channel 5 and the following year he became a director in the studio, 1998 collaborates with Michele Santoro in his program Circus.

His debut in 2000 on Rai Uno took place with the show hosted by Giorgio Panariello Torno Sabato then Assassine with Cinzia Tani and on Raidue Ultimo Valzer and Serenate by Fabio Fazio. In Rai Firma also the specials on Modugno, Battisti, De Andrè and Gaber.

In 2001 he directed theatrical evenings with Cavalli Marci in Canale 5 and then with Paolo Bonolis in Italy. From that moment on it was a crescendo of successes between public and private TV. Duccio Forzano signed the three editions of Stasera pago io with Fiorello, Uno di Noi, Non facciamoci prendere dal panico with Gianni Morandi, two evenings with Mettiamoci all'opera conducted by Fabrizio Frizzi, while on Canale 5 there were two editions of Scherzi a parte.

He was in charge of the start of Sky TG24.

For eleven years (from 2005 to 2016) directed by Che tempo che fa (Rai Tre), in 2015 he gave his visual imprint to diMartedì on La7, to Il Gioco del mondo for Swiss television and directed Io leggo perché on Rai3 on the occasion of World Book Day.

In 2014 he produced and shot for Ivano Fossati the dvd Decadancing Tour and the homonymous video clip, written and directed Veterinary Emergency, a reality show dedicated to endangered animals produced by Ballandi Entertainment on Sky Uno, created the video clip Vacuum by Renzo Rubino and conceived and curated the preparation of the highly original multimedia exhibition inspired by the novel by Alessandro Manzoni, Promessi Sposi 2.0 at Palazzo Morando in Milan

He followed the concerts of the Capitani Coraggiosi Claudio Baglioni and Gianni Morandi at the Foro Italico, signing the direction of the diary and live story on Raiuno in October and a special presentation.

In 2016 he launched on the web his first short film La traiettoria degli aquiloni, shot on Capri and produced by PennyLane Production and Laser Capri.

At the end of 2017 his presence as a director is in the new Rai program entitled Celebration. Again, he is also entrusted with the first evening of the Telethon event.

The year 2018 begins with the direction of the Sanremo Festival and continues with the new Sanremo Young format.

Supervision of the direction

Bachelor of Science in Television, Cinema and New Media

Bachelor of Science in Television, Cinema and New Media