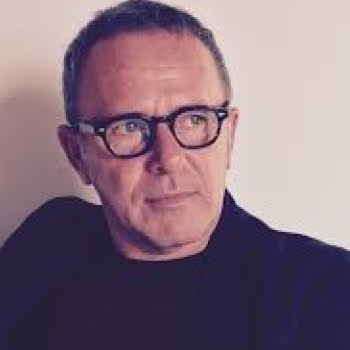 2016-present: Professor of Narratology for the Master in Arts of Tale - IULM Milan.

2013-present: Member of the scientific committee of the international high-end magazine "Enthymema. International Journal of Literary Theory, Criticism and Philosophy ".

2013: Curator of the monographic issue about Cognitive Poetics of the international magazine "Enthymema" (No. 1, 2013).

2012-2014: He has served on the Steering Committee of the International Ph.D. School in Pedagogy and Cognitive Science organised by the Freie Universität Bozen and the Leopold-Franzens-Universität Innsbruck.

2012: Lecturer of the speech on "Literature and embodied simulation" at the international conference Neuroeducation (Brixen, 28 October 2012)

2011-present: Professor of Children and Youth Comparative Literature in the Free University of Bozen-Bolzano (Bressanone site).

2009-present: Professor of Semiotics at the IULM in Milan.

2007-2016: Director of the PhD School in Humanities in University of Modena and Reggio Emilia.

2004-present: Professor of Children’s Literature and Narrative Communication in the Department of Education and Human Sciences of the University of Modena and Reggio Emilia.

2004-2016: Professorship of Text Semiotics, Rhetoric and Narratology, Writing and Italian Language, Children’s Literature, Narrative Communication at the Department of Communication and Economics of the University of Modena and Reggio Emilia.

1998-2000: Professor of Literary Theory at the Faculty of Languages ​​of the University of Udine.

1998: He obtained the second-level qualification in the scientific-disciplinary sector Literary Criticism (SSD L12C).

1991-1998: Permanent researcher in Italian Studies at the Faculty of Foreign Languages ​​and Literatures of the University of Udine.

1989: Annual scholarship at the Herzog August Bibliothek in Wolfenbüttel (Germany)

1982-1985: Editor in the linguistic-literary section of the Mulino Publishing Company.

His first ​​research areas were the Baroque literature and the magic tales, in particular the Giambattista Basile’s fairy-tales analysed from an ethno-anthropological perspective that identifies the permanent structures of the fairy tale, but also children's literature with a comparative and multimedia focus, converging mainly on the fairy-tale imaginary, the morphology of the novel for children between the eighteenth and twentieth century and the interpretation mode of children during primary education (hence see the volumes Gli arabeschi della Fiaba, Pacini publisher, 1985; La Nuova Italia, 1996; Letteratura per l’Infanzia, Pearson Bruno Mondadori, 2013).

He later studied literature theory and critical methodology, focusing in particular on the role of rhetoric in recent decades humanities and the poststructuralist reflection on the way in which the notions of text, author and reader are conceived (see his volumes in this perspective: Una giornata Alfieriana, Il Mulino, 1989, L’ idea di Letteratura in Italia, Bruno Mondadori, 2000, La Comunicazione narrativa, Bruno Mondadori, 2010, Retorica e scienze neurocognitive, Carocci, 2013).

A third area of ​​research is focused on theory and history of modern and contemporary Western novel, with contributions specifically addressing the evidence of over-identification pathologies of novel reading in the eighteenth and nineteenth centuries, the "clanico-familial" format of European novel series in the 19th century, the repurposing of the Western novel in latest twenty years, with a focus on historical development of globalisation’s novel at a morphological level (identity construction of character, remodelling of plot and temporal structures, change of the modal logic of events), not without documenting the effects of these globalizing processes on to the genesis of new editorial holdings. Hence the contributions, published in English translation as well, in volumes I and III of Romanzo edited by Franco Moretti (Einaudi, 2001-2003) and volumes: Intrecci italiani (Il Mulino, 1997); The global novel (Einaudi, 2005); Anatomia del best seller (Laterza, 2015); La suspense (Carocci, 2016); Che cos’è il graphic novel (Carocci 2017).

In all these fields of research he has especially worked on methodological aspects, using contributions coming from neuroscience and cognitivism: in fact, narration is not only a phenomenon closely related to nature and human evolution but permeates every aspect of individual and social life, and not without reason, the practice of storytelling is object of study of a widespread range of disciplines in the international scientific community, in which psychologists aren’t the only ones to adopt a narrative procedure for their tests, and also to reconsider the role of life stories in the therapeutic processes, going as far as to establish the concept of neuro-narratology, which is evident in several articles and his recent volumes as well: Neuronarratologia (Archetipolibri, 2008); Svevo cognitivista (Meltemi, 2017), La Fiction e la Vita (Mimesis, 2017) and Le storie degli altri (Mimesis, 2018).

Lastly, the study of the role of narratives in preserving cultural memory has given rise to researches aimed to determine the relationship between habitat and storytelling, as seen in the volumes I nonluoghi in Letteratura. Globalizzazione e immaginario territoriale (Carocci, 2005) and (together with Giovanni Ragone) Transluoghi. Storytelling, beni culturali, turismo esperienziale (Liguori, 2016).