We are a species that tells stories: from hunting tales engraved on the walls of Neolithic caves to major television series. The Master's Degree in the Art of Storytelling trains professionals in literary, cinematographic and television storytelling through a didactic path that combines theory and practice in the conviction that "technique without culture is a blunt weapon. The homeless culture is unarmed." It has a very high didactic profile in a  faculty of excellence: some of the best Italian scholars alongside award-winning Italian novelists, directors and screenwriters (including Matteo Garrone, Francesco Piccolo, Paolo Giordano, Antonio Scurati, Marco Missiroli, Ludovica Rampoldi, and Stefano Bises). The training course will culminate in an internship or a projectwork. The internship will be held at some of the leading companies in the areas of publishing, multimedia production or the organization of literary, cinematographic or television events. Alternatively, aspiring writers will be offered the extraordinary opportunity to develop their creative project.

The Master in the Art of Storytelling has three subject areas of interest: literature, television and cinema, in order to provide students with an "all-round" preparation in the panorama of today's storytelling, both from a cultural and a practical-operational perspective.

Each student will be asked to reverse the canonical process of discipleship and to adopt a "master" of whom he/she becomes a disciple. An artist, from the past or the present, who arouses in him/her an admiration leading to a deeper involvement in the artist's work to the point of making it the object of a creative imitation.

At the end of the course, IULM University will issue a first level Master's degree in "The Art of Storytelling. Literature, Cinema, Television".

An advanced Italian language proficiency (at least C1 Level) is required to attend the course. 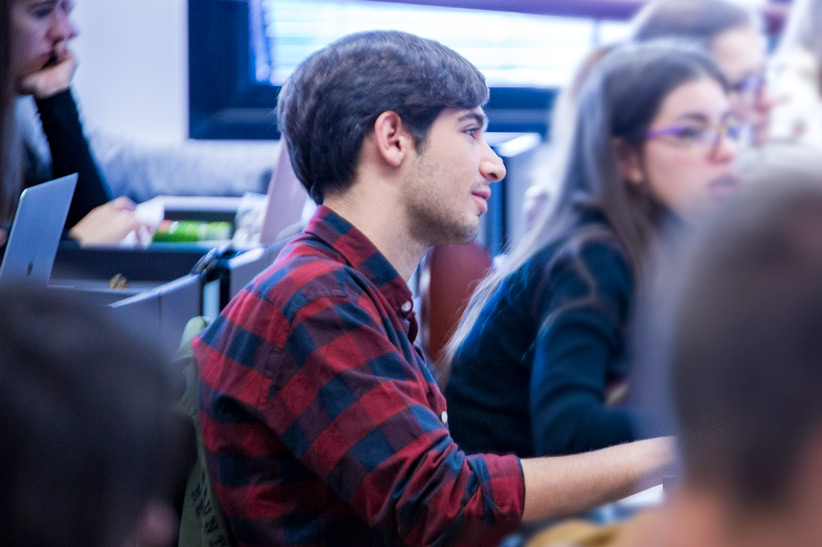 Start your journey as a student at IULM!