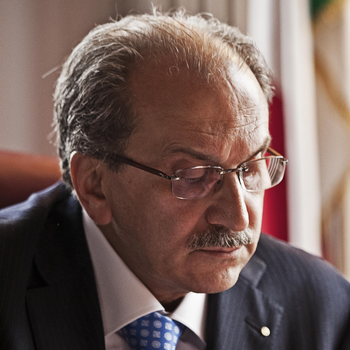 He is Emeritus Professor of Comparative Literature at IULM University in Milan, where he was also Rector from 2001 to 2015, and Member of the Istituto Lombardo – Accademia di Scienze e Lettere.

He is Rector of the University Kore of Enna.

He is an Honorary Doctor in Philology of the University of Salamanca.

He is Chairman of the Fondazione CERBA (European Centre for Advanced Biomedical Research) in Milan.

He is Emeritus President of the Fondazione Sicilia and the Italian National Commission for UNESCO.

He is Dean of The Conference of Italian University Rectors (CRUI), a member of the Italian National University Council (CUN).

He is President of the Lauro Chiazzese Foundation for Art and Culture and of the Teatro Biondo Stabile in Palermo.

He is Vice-President of Banca Sistema.

He is an Ordinary Member of the Aspen Institute Italia

He was awarded the honour of Knight of the Grand Cross of the Order of Merit of the Italian Republic by the President of the Republic.

He was awarded the honour of the “Ambrogino d’oro” from the City of Milan.

He was awarded the honorary citizenship of the city of Palermo.

He has been a journalist and publicist since 1972 working as editor on a number of scientific journals and publications and focusing his interests on aesthetics, philosophy and literary criticism.