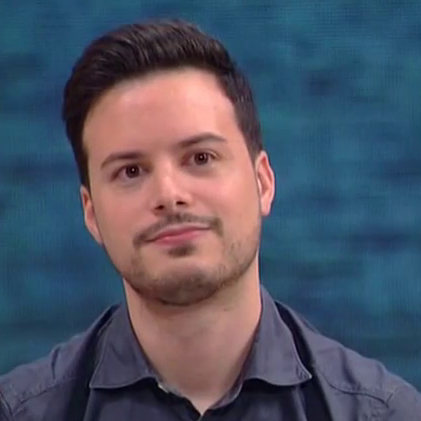 Department of Communication, Arts and Media
Faculty of Arts and Tourism

Fabio Liggeri is the creator and manager, since 2014, of the blog Viaggio Ergo Sum, whose pages in the main social networks have over 200,000 followers. He was nominated several times as Best Travel Blogger and Best Travel Site during the Macchianera Internet Awards

Videomaker and photographer, in 2020 he collaborated with the television program Eden - A planet to save, conducted by Licia Colò in prime time on the broadcaster La7 making documentaries on various countries around the world. Licia Colò herself has invited him several times as a guest on her other show Il mondo insieme on TV2000 to recount her travels

Co-founder of the tour operator KeTrip, since 2017 he is also organizer and coordinator of group trips

In 2018 he also produced for Enel Energia a series of reports on the 101st Giro d'Italia with videos, stories and articles on the places crossed by the first seven stages

Engaged since the dawn of the Internet in Italy in web development and digital marketing activities, he also created in 2001 Fuoriditesta.it, one of the most visited humorous Italian websites.

Bachelor of Science in Tourism, Management and Territory

Bachelor of Science in Tourism, Management and Territory