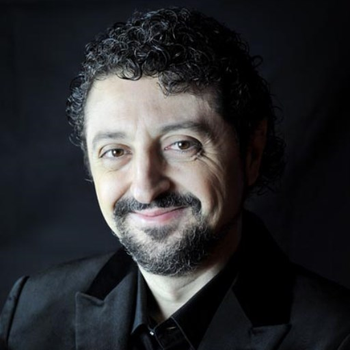 Department of Communication, Arts and Media
Faculty of Arts and Tourism

Since 1988, film and music critic: he has written for Duel, Ciak, Mucchio Selvaggio, Tank, Cineclub, Cinemagazine.

Since 1996, he has been a professional journalist: he wrote for Il Giornale di Sicilia, Maxim, Campus, Il Fatto Quotidiano; he writes a column on the DeGustibus page of the newspaper Il Giorno and is the editor-in-chief of the web magazine Storienogastronomiche.it specialising in cultural tourism.

Since 1996, TV director: Come and Dance Rihanna (with Garrison by Amici), services and externals for Rai Uno, Mediaset, All Music.

Since 1997, he has been directing video clips: the multi-plagiarist Dedicato a te for Le Vibrazioni, then Cleptomania for Sugarfree and others for Alex Britti, Cristina Donà, Raf, Stadio, Baustelle.

Since 1997, he has been an essayist and writer, published by Bompiani, Mondadori and Sperling & Kupfer: several of his volumes have been adopted by various Italian universities.

Since 2004, copywriter: commercials for the Sanremo Festival (2004 and 2005 editions), Wind campaigns with Giorgio Panariello.

Since 2009, author and theatre director: among the works, CabaRE' on stage at the Derby in Milan.

Since 1994, he has been teaching Screenplay and Aesthetics and Video Language in professional courses of direction of the European Community; he has held courses of Direction and Image Language on behalf of the providers of studies, public schools and cultural events.

From 2000 to 2003, teacher of the Videoclip Laboratory in the degree course in Sciences and Technologies of Arts and Entertainment at the Catholic University of Brescia.

In 2001, he taught at the Dams of the University of Bologna the Workshop of Culture of Videoclips and the Relationship between Music and Images within the Course of Theory and Technique of Film Language.

From 2001 to 2004, he taught the Laboratory of Videoclips and Music in Television of the Master in Musical Communication for Discography and Radio at the High School in Media, Communication and Entertainment of the Catholic University of Milan.

In 2002, he taught the Seminar on Videoclips at the Dams of the University of Gorizia.

From 2003 to 2007, Professor of Thesis at the European Institute of Design - Visual Arts in Milan.

From 2004 to 2005, he held the chair of Audiovisual Product Design at the European Institute of Design - Visual Arts in Milan;

From 2004 to 2009, Professor of Technique and Aesthetics of Videoclips at the University IULM, Faculty of Communication and Entertainment Sciences, degree course in Television, Cinema and Multimedia Production.

In 2004, he taught at the Laboratory of Music Videoclips, FSE training course, at the IULM University of Milan.

From 2004 to 2011, he taught History of Radio and Television as part of the Master in Musical Communication for Discography and Media at the High School in Media, Communication and Entertainment of the Catholic University of Milan.

In 2005, he taught the Course of Direction Techniques of Videoclip at the School of Cinema "Anna Magnani" in Prato.

In 2012, he taught Production in the cultural and creative industries at the IULM University of Milan.

In 2013, teaching at the Laboratory of Production and Cultural Communication at the IULM University of Milan.

From 2014 to 2016, professor of Business Museum Methodology at the IULM University of Milan.

Since 2017, he has been teaching Business Museum Communication at the IULM University of Milan, where he is part of the 'Giampaolo Fabris' Department of Communication, Arts and Media.

Study of museum systems, from organizational to content aspects, with particular attention to internal and external communication.

Constant analysis of all the media, verifying their functioning from within and testing their impact on the external user.

Narration of cultural tourism in Italy in all its forms.

Dissemination of the food and wine culture from the historical and socio-anthropological point of view.

Exploration of phenomena related to atavistic cultures and evaluation of the exchange between traditions and modernity, starting from archaeology, through environmental sciences and landscape management.

Investigation of all forms of interaction between all expressions of art and audiovisual communication, exploring the theme of the influence of art history and iconographic expressions on society.

Development of the video-musical culture, from the historical deepening to its technical applications, from the cultural aspects to the placing on the market.

Although IULM University applies all necessary diligence to ensure the publication of correct, updated and complete information, it is not responsible for the contents of the curricula published online on the Portal www.iulm.it

The owner of this curriculum vitae is solely responsible for the correctness and truthfulness of the information contained therein.

Bachelor in Arts, Design and Entertainment

- Laboratory of production and cultural communication

Production in Cultural and Creative Industries - Music and Recreation Production