MASBEDO, TIME WITHOUT END is an exhibition project curated by the second year students of the Master's Degree Course in Art, valorisation and market, Faculty of Arts and Tourism, IULM University. From July 7th 2021 you can visit it in via Carlo Bo 7. 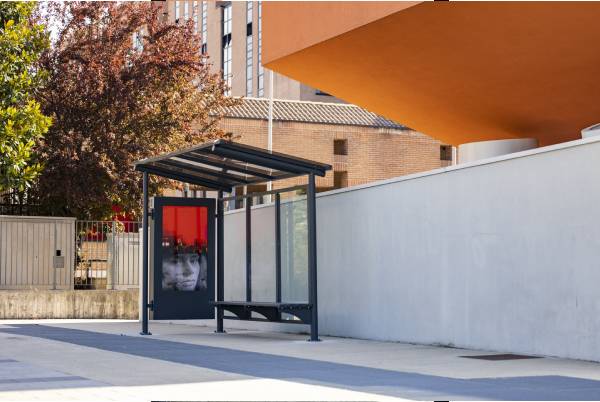 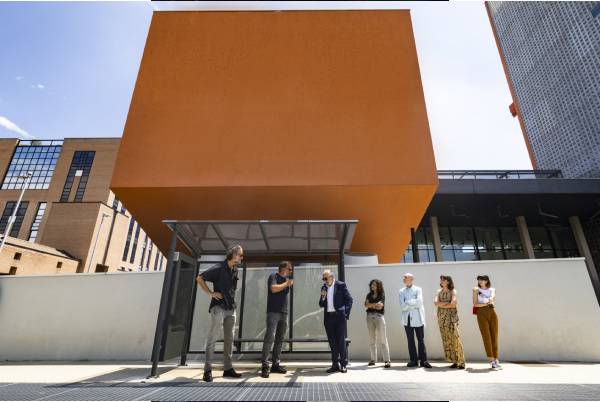 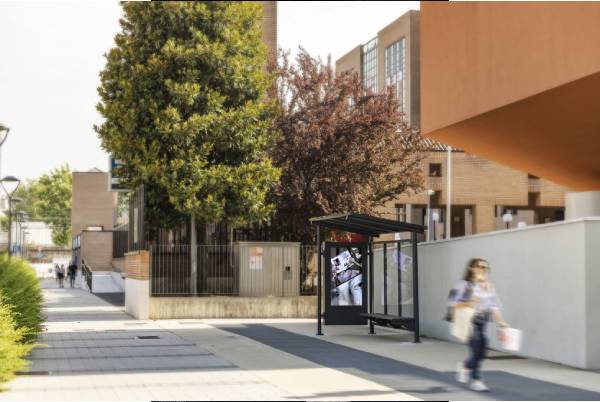 On July 7th 2021 IULM University unveiled Time Without End, a public video sculpture by MASBEDO - the artistic duo composed of Nicolò Massazza (1973) and Iacopo Bedogni (1970) - created as part of the exhibition project curated, organised and publicized by the students in their second year of the Master's Degree Course in Art, valorisation and market of the Faculty of Arts and Tourism, of which Professor Vincenzo Trione is Dean. The project, in this year devoted to exploring the boundaries of video-performance and public art, is coordinated by Professor Anna Luigia De Simone and is part of the exhibition programme promoted by the University in an attempt to shorten the distance between the university system and the world of work.

With this objective in mind, every year the entire IULM community commits itself to the selection of a word around which all university events and activities are centred: the Word of The Year, launched by the Rector, Professor Gianni Canova, at his first inauguration.

"Waiting" is the word chosen for 2021: it captures the period that has just elapsed, which has allowed everyone - due to its complexity - to discover not only the sense of frustration, but also the energy hidden in the suspension, emptiness and hope for the future. The work presented by MASBEDO is inspired by this condition that has forced people all over the world to live in the slow and dilated time of the new everyday life.

"After "money" and "border - explained the Rector Prof. Gianni Canova - IULM has been able to capture the spirit of the times with foresight by choosing the word of the year 2021, " waiting", which was voted by the majority of the University community in December last year. I believe that the state of suspense, of emptiness, of cautious questioning about what was going to happen, has been the dominant mood in individual and collective, personal and social daily life. Waiting is perhaps one of the dominant emotional states of the present moment. MASBEDO's installation works on the canonical waiting space of a tram platform, but in this case of a tram that never passes. In the video, extracts from films that in turn convey the sense of waiting and, cinema and art together, make us wonder about our time and the future that awaits us".

Time Without End is a platform similar to those placed at tram and bus stops, installed along the pedestrian area facing the IULM Open Space in via Carlo Bo, 7; a place that will never see the passage of any public transport, but which, in the opinion of the artists, is emblematic of the state of waiting, of that moment during which we pass the time, perhaps, looking at the screen of our smartphone.

On the side of the structure, a vertical monitor, instead of broadcasting the usual advertisements, hosts a kaleidoscope of images from the world of cinema, reversing the format (from horizontal to vertical) and incorporating them into contemporary devices such as smartphones and screens. Among the films cited are those of directors such as: Michelangelo Antonioni, Mario Baffico, Ingmar Bergman, Akira Kurosawa, Sam Mendes, John M. Stahl, Robert Wiene.

The work is therefore proposed as a public video sculpture aimed at capturing the attention of passers-by and unsettling them. Conceived as a metacinematographic laboratory, it will be renewed periodically in a continuous revitalisation of itself: over the course of the months, the artists will be able to remotely modify the content transmitted by the monitor in such a way as to raise questions rather than provide answers. In the wake of previous research such as that conducted for Videomobile (2018) and Resto (2021), MASBEDO challenge the exhibition norms of video art by creating a public intervention that highlights the interdependence between device and visual narrative.

In their research, the two artists combine the language of video with visual arts, performance practices, choreography, literature and music within a personal artistic vocabulary, producing intimate pieces together with works of anthropological, political and social investigation. In the last five years in particular, their humanistic approach to technology has led them to develop a close dialogue with the world of cinema.

Word of the Year 2022: the poll to the whole IULM community to choose the new word of the year has ...

Changes to the road network from 17 November

Modification of the road network from Wednesday 17 November until Friday 10 December...

KA'KAO. An exhibition to discover the roots of cocoa

A journey between Mexico and Italy to discover the origins of cocoa. "KA'KAO. The secret tree: the jou...

Bookcity 2021: back in attendance!

On  27 November the Open Days for Master's degrees...

Prof. Trione confirmed Dean of the Faculty of Arts and Tourism

Published the Rectoral Decree of appointment...