Francesco Alberoni: the life of the scholar of collective movements and love processes 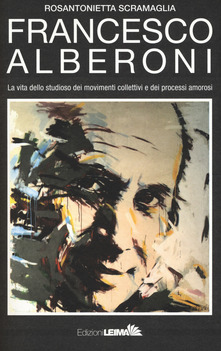 This is the story of a tenacious  and genial man who, in the course of a long and intense existence, has succeeded in creating the theory of movements and processes of love that has earned him fame worldwide.

In his life, he has alternated torn dilemmas with immense joys and gratifications, strong passions with moments of lucid ability to see the future "beyond the horizon". Private events always closely intertwined with the evolution of his thinking and his activity in the academic and research fields, in the fields of journalism and his profession, on consumption and business. He left a mark on everyone. The biography tells of man in his complexity, of his extraordinary abilities and weaknesses, of his successes and disappointments, of the awards he has received and the attacks he has suffered. All this by reconstructing the century of history that has served as its backdrop and that has seen great social, cultural and political changes, of which Alberoni has often been the forerunner, lucid interpreter and active protagonist.