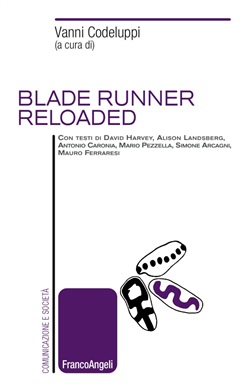 Few films have given rise to so much analysis and discussion as Blade Runner. Based on the novel by Philip K. Dick "But do androids dream of electric sheep?", it was released in 1982 under the direction of Ridley Scott and, at first, it was not a great success; only later did it become, for many, a real cult movie. Today, on the occasion of the launch of the sequel "Blade Runner 2049", directed by Denis Villeneuve and produced by Ridley Scott himself, it was decided to return to the original film and what it has been able to arouse over the years. A way to reflect on the film - which is thus "reloaded" - but also to better understand the reasons for its success and its influence on social culture. The book brings together some texts, written by authors such as David Harvey, Alison Landsberg, Antonio Caronia, Mario Pezzella and Simone Arcagni, who find in the film the inspiration to reason, for example, on the representation of the crisis of space and time in post-modern society, on the relationship between the memory of experiences and memories "implanted" in the brain, on the processes of transformation of the body and its artificialization. At the end of the volume, an afterword by Mauro Ferraresi summarises the main themes touched upon.