I put myself on display 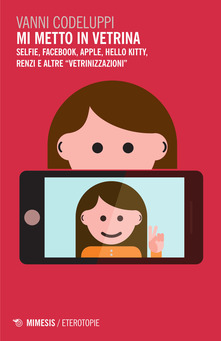 The ability to easily use the media to communicate with others multiplies the messages that each individual produces about him— or herself. An example of this is the habit of taking selfies and putting them on the Net, which has now become a widespread mass practice. This book deals with this practice, but it also deals with other important social phenomena (from social networks to political propaganda) that clearly show the strong growth in the messages that people produce to talk about themselves and that are part of a powerful trend that has been operating for some time in Western societies: the "social window dressing".