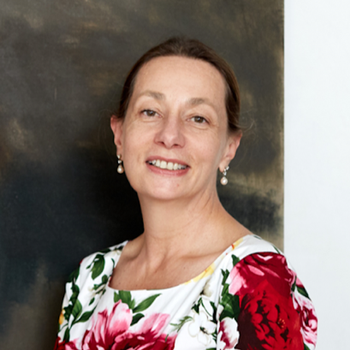 I founded my own company providing advisory services for all art related matters. From valuations to succession planning, from export license to deaccessioning; I offer art collection management services for different kind of art works and coordinate lawyers, tax experts, curators on an ad hoc basis, according to the specific need of the collection.

My clients are mainly families, foundations and trusts. The values I believe in are competence and independence.

My role is to set up and curate a collection of contemporary art to increase the assets of the Fondazione San Patrignano, an endowment. The Collection will be hosted in 2020 in Rimini, at Palazzo del Podestà and dell’Arengo. I have organized travelling exhibitions for the collection, at Triennale di Milano, Maxxi in Rome and in Palermo during Manifesta 2018. Future exhibitions will be held in Florence and Turin.

My role is to support the development of an international group of donors.

My role was to create awareness for Phillips in Italy promoting its expertise and its uniqueness in the art market. I was developing the local communication strategy, adopting all relevant tools, press activities, events and sponsorships.

Vice chairman of the Board

La Triennale, created in 1933, focuses on Italian design and architecture, and represents also contemporary art, fashion and photography. These departments organize exhibitions, talks, symposium and other events. More than 500.000 visitors come by every year and the goal is to increase the awareness of Triennale as the place to see the best of Italian Design and Architecture.

I have been appointed by the Milan Mayor to specifically overlook the curatorial board and make sure the cross-category cultural offerings of the Institution were in line with its strategic direction. Every 3 years, a general exhibition is organized and it was my role to define the title and curatorial team for 2019; I selected Paola Antonelli as curator for the exhibition titled Broken Nature. As of December 2016, I have been Chairman ad interim. I represented the Triennale at institutional events and had to expand the network of relationships in the different cultural pillars. I have given a direction to the activities of the Scientific Board. The Board stands for 4 years.

I had to develop the Private Sale channel, grow sales and make Private Sales become intrinsic to all departments; in particular I looked after Decorative Art, Old Master and XIX paintings, Impressionist and Modern Art, Books. I influenced specialists, provided leadership and supported them in the operational side of the transaction. I brought together client facing colleagues, Client Advisory and Chairman’s office to define strategies.

I had the task of repositioning Christie’s in Italy after the restructuring. Big part of the job was to motivate the team of 40 after the downsizing and move from Rome to Milan.  Auctions were twice a year. Results were measured with contribution to international auctions.

I was also part of the Christie’s International Real Estate team.

I ran the Communication Department and reported to the General Manager.

I was a consultant offering clients my expertise and knowledge in the world of luxury and art with a view to create tailor made communication projects.

When Prada started the acquisition strategy, I had to create a network of people handling the communication activity for each brand and build up a team deciding for each different situation how to integrate and what to integrate.

My responsibility was also to strategically look at the media plan and coordinate events, interviews, promotions and celebrity dressing, making sure all were synergic and consistent with each brand. A strong believer in CRM and marketing activities I helped Rem Koolhaas and his group OMA develop the concept of customer relationship in the Broadway store.

The Milan team consisted of 35 people, worldwide circa 100.

My responsibility was to run the Milan operation and all sales that were hosted in Milan (house sales, old masters, furniture, jewels, books, etc.). During these years, the turnover increased 4 times and I was able to grow the Milan office. I was Head of the Modern Art Department and put together 2 sales per year. I also had to search for modern art paintings to be exported and sold in London and New York.

I started as junior modern art specialist putting together 2 sales per year of Italian modern art. I later became Head of the Modern Art Department.